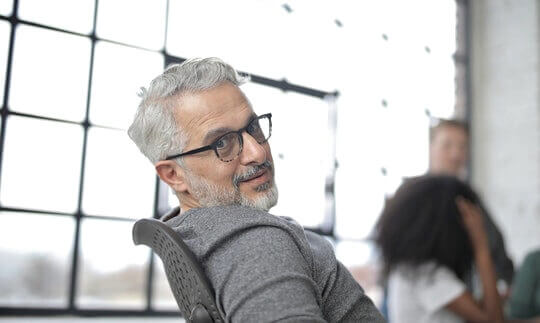 Most managers have had a person in their team who does not work hard, has a terrible attitude, and is always causing drama. There are different types of employees in the workplace with different skills and personalities. Some are good, but others can be really bad for the workplace culture, team morale, productivity, and they are the type of employees you should NEVER allow into your team. In other words, never keep someone on your team who does not have a positive attitude or does something bad when they are not getting what they want.

The workplace can be stressful, but having a team filled with wrong types of employees can make things even worse. So, what are the types of employees not worth keeping around? Below are 10 Type of Employees you should NEVER keep in your team no matter what:

Sensitivity is good for some things and can have benefits. For example, you can understand people better and care about them more. But being too sensitive is detrimental if you work with people in a team with differing mindsets.

An overly sensitive person feels emotional quickly and gets upset for being criticized by other people or their team leader. If someone complains, they might leave the job because they are not open to what others say, even if it’s helpful for them.

Some people are sensitive because of their personality. But others may not be like that naturally, but their sensitivity might come from past experiences. Regardless, it is not suitable for teamwork if an individual is overly sensitive.

Pessimism means that everything will turn out worse than expected or that it can’t get any better. Pessimism is an attitude of despair and hopelessness about the future. A pessimistic person sees the world as bleak and is negative about everything in their life that seems destined to go wrong.

They cannot see the good things that happen because their focus is only on what can go wrong. Their negativity tends to spread through teams, infecting everyone with their negative thinking and lack of hope.
As a team, everyone must be on the same page and optimistic about their work.

If one or more of your employees are pessimistic, they will drag down the rest of the team into a spiral of negativity. Teams that have members with negative attitudes don’t perform well. As a leader, you want to instill positivity into all members to make your team thrive in its success.

Sometimes these people will slack off all day long and make other employees pick up their workload. Lazy employees can cause problems in the workplace and make people do more work than they should have to, so they should not be there.

A lazy person can also be a distraction because they always try to chat with other people instead of doing their work. They only put in minimal effort and expect a high return.

A cynical employee is someone who is always negative about the company, team, and work environment. Every company has that one person who doesn’t seem to believe in anything.

They complain about how bad things are and how much better things were back when they started working for the organization. They constantly make sarcastic remarks and generally do not think anyone is doing a good enough job.

Cynical type of employees don’t support the team goals and values. So, they go against the norm and do things their way that can lead to problems for work colleagues. These people can be very harmful to the morale in the workplace, especially if they are in charge of leading a team or department.

A cynical employee sets an atmosphere of distrust among everyone else because it’s difficult to discern what this person thinks about any particular situation at work. They also affect productivity because no one wants to work with someone who actively tries to undermine others all the time.

Cynical type of employees often come in late, don’t put any effort into their work, speak negatively about others around them, and never take on challenges that would push them out of their comfort zone.

An egotistical type of employee has a strong sense of self-importance and will do anything to get ahead. They are self-seeking individuals and cannot be satisfied with any level of accomplishment.

An egotistical employee believes they are the most resourceful person in the workplace. They think that their way is always right and will not listen to other opinions.

Egotistical employees tend to be narcissistic and not suitable to work with others in a team. Narcissistic employees typically focus on themselves to the exclusion of others around them, exuding arrogance and superiority.

An egotistical employee is terrible to have in your team. You might not even notice that there is one on your team until they start making decisions without consulting anyone else.

A good manager will not keep these types of employees on their team. If you don’t deal with an egotistical employee swiftly, they may eventually turn into their boss and take over the team or the company.

Read also: How to Deal with Employees Who Don’t Follow Instructions

An impulsive employee does not think about the consequences of their actions before carrying them out. Such a person has difficulty controlling themselves and may also have challenges following the instructions.

When such a person is in a critical role, this can be challenging for the team as they often try to take shortcuts. That can create a lot of anxiety in the workplace because people will be nervous when working with such a person. Impulsive employees tend to be self-centered and have little or no patience with others.

Impulsiveness is one of the worst traits for an employee to have, but it can also be the most challenging to spot because it is in other traits that may seem more desirable. An impulsive employee flap is unpredictable, volatile, and disruptive to those around them.

They make the job harder or upset other employees and can lead to high turnover rates. For a team to be successful, you need individuals that focus on what to do, than flapping people who lack concentration.

A selfish employee puts their needs, interests, and desires before the company and team members. It means that they don’t care about fellow employees, have any concern for the customers, and do not care how their actions affect other people.

They do not want to share their ideas and are always looking out for number one. A team needs unselfish members to remain united and accomplish goals.

But a selfish type of employee will try to get ahead at the expense of others which is against working in a team. Selfish employees can have many faces and may be rude, lack common courtesy or display a blatant disregard for teammates and others.

They deliberately sabotage the team by failing to do a good job, working slow, withholding information from colleagues and managers, and often getting into arguments in meetings with others.

The term victim-mentality describes someone who blames their problems on other people or external forces. A person with a victim mentality has a pessimistic outlook on life that includes feelings of bitterness, anger, hatred towards the success of others.

There are many reasons why you should never keep someone with a victim mindset in your team. First, they tend to be less motivated and lack the drive to work hard. They also do not take responsibility for their actions and mistakes.

Even when they are bluntly obvious and have been pointed out by others many times, a victim employee will turn everything around and blame others regardless of how much evidence there is against them. They always make excuses, feel sorry for themselves, and look at the world through a negative lens.

The victim type of employee always needs sympathy from a supervisor or a manager to get them out of trouble they got themselves into instead of trying to get hold of the situation.

A victim mindset can be very detrimental to an employee as it leads them to believe that they cannot succeed in life because of something out of their control or other people sabotage them.

An insecure employee is someone who lacks confidence and trust in themselves. The most obvious sign of insecurity is when someone feels the need to constantly talking about themselves and their achievements. They want you to know how great they are but, deep down, they don’t believe it.

Employees need to be confident in their abilities and know that they are valuable assets to the team. Insecurity can lead to procrastination, not being proactive, and just general unhappiness at work.

Everyone wants to work in a happy team, productive and thriving. Your team needs confident people, not the insecure ones who constantly worry about what others think about them.

The lack of self-confidence can be very contagious that can spread to other team members and make them feel they are not good enough.

A gossiping employee usually talks about other people negatively and spreads rumors that no one can prove if true. It is dangerous when a team member spreads false information that can lead some employees to feel hurt, insecure, or mistrust others.

It typically consists of negative comments about others and their professional relationships to initiate feelings such as amusement, interest, or anger among the listeners. Gossiping can be done instantaneously, in person, via telephone, email, text message, and other methods.

The first one always finds something negative to say about someone else, while the second will constantly try to compete with others for status or position in the workplace.

Team members who indulge in gossiping can be disruptive and create conflict among their colleagues can negatively impact team performance.

The type of employees you don’t need in your team is someone who can’t understand other people, can be demotivating, distracting, and even dangerous to your team goal and success. You need to identify these types of people before they join the team.

Also, why you want to have anyone on your team that has no sense of responsibility? People who don’t take responsibility for their actions can cause issues within the team and are not worth having around.