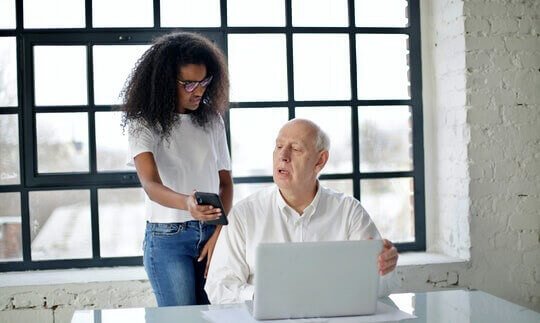 Sometimes managers think that if you keep coaching, supporting, and motivating someone who is consistently not doing their work, they will eventually improve.  It doesn’t often make poor performers become better.  In fact, many just remain trudging along without any improvement at all.

How Do You Get Rid of an Employee Who is Not Performing?

Managing out an employee who is not performing means exerting pressure on the person to leave the job by themselves than waiting to be fired.

Firing an employee who is not able to perform her job responsibilities is necessary, but you can also offer them the option to transition out of the role.  You can let the person stay in the role for a set period while they are job hunting or attending interviews.

It is important that you let the employee know they are struggling so much to succeed in their current role, therefore they are in the wrong job.

From there you can offer two options: They can either go on a formal performance improvement plan or work with them on a transition out that meets their needs and yours.

To avoid embarrassment, most employees will just offer to leave than going through the improvement process.  It is also possible the person will leave on good terms and they will be less likely to complain about unfair dismissal.

Use a Performance Improvement Action Plan

Set up a performance improvement plan (PIP) with measurable outcomes and a timeline you feel is appropriate for the employee’s performance to improve. Ideally, you should set a deadline that does not go beyond 90 days.

It is important that in the PIP you reaffirm the employee’s job description clearly so they can remember what is expected of them.

The plan should also describe the consequences if the employee fails to improve. The consequences of failure may include a demotion from the current role or losing their job.

Write down a list of tasks the person must complete, and goals to meet — then share it with the employee.  These targets must be very clear and specific.  And give the person an opportunity to ask you some questions and get clarification on any ambiguities.

Always make sure that you have on-going candid one-on-one discussions with your employees about their performance.  Because if someone is not performing, you must let them know immediately.

Don’t forget to do a thorough recording of all conversations between you and the employee.  In case the person continues not to perform, you should be able to refer to your previous feedback as evidence of the ongoing problem.

After a few months when they fail to respond to a performance improvement plan, let the employee know that you see no progress in their performance — which means that you will go at the end of the PIP process.

Sometimes managers are reluctant to tell an employee that at the end of a PIP process the person will have to go. It is your job as a manager to tell the employee if they are making the right progress or not.

Use the Probation Period

For new hires, start capability management from day one.  Usually, you would expect a new hire to settle into the job and start performing before the probation period ends.

But, if the person doesn’t have the skills to perform the job to your standards, it is crucial that you let them leave at the end of their probation period.

You can get rid of an employee who is not performing by eliminating their position, but for a limited period.  This will allow you to make the employee redundant, but not the position itself.

You just don’t have to hire another person for that vacancy immediately.  Wait for a few months before filling the vacancy again.  And it makes much sense to give that role a different title and description before bringing in a new person.

But consider the risk of being challenged for unfair dismissal before choosing using this approach to get rid of an employee.

It is easier to quietly get rid of poor performing employees by eliminating their positions.  You don’t necessarily have to give them references, just confirm employment dates.

But the practice of making a position redundant to lay off the unwanted people can create an untenable situation and cause you problems.

If employees laid off notice you lied to them, they will start wondering if the way you made them redundant was illegal. That is when they will try to find out the true reasons behind making them redundant.

The practice of position elimination to dismiss unwanted employees can also make the rest of your staff if they get to know it to wonder what else you mislead people about.

Always build up a file for every employee, but watch out how you document issues.  If you end up recording an issue 20 times, you are probably giving an employee time to improve.

But that can also be used against you because it shows you were willing to let the employee remain in the role for a long time.  That will be their defense if later the employee decides to challenge unfair dismissal.

They can say that the reason for dismissing them was something else rather than their performance.

How do you get rid of an employee who is not performing? Please leave your thoughts in the comment box below