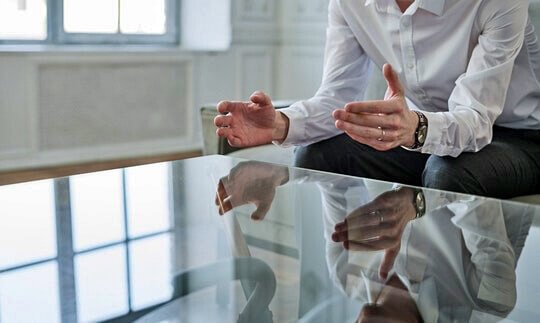 The experience of teamwork gives you a foundation for understanding how best to get work done through collaboration and cooperation. Through teamwork experience, you learn that people have different skillsets, and not all personalities mesh well together. The importance of trust is paramount, knowing that someone is there to support you when needed, no matter what challenges you face on the job.

What are the benefits of teamwork experience?

There are many benefits of teamwork experience. People who enjoy the opportunity to help others typically find it rewarding and satisfying.

When there is a chance, many enjoy joining team projects to help make a difference while also soaring.

Every person brings something different to a project. Whether they have the technical expertise or an eye for design, there’s no limit on how much to accomplish when people work side by side for a good cause.

Your mood is also enhanced by teamwork because you feel more integrated into the team — and these are just a few examples.

So, are you looking for a way to describe your teamwork experience? Do you need to provide evidence of your ability to work well with others?

Here are some ways how to show experience working in a team:

You empathized with teammates who were struggling professionally or personally. You listened and supported them even though you were in a stressful situation yourself.

First, you tried to understand the reason why they were struggling and how it was affecting them personally.

You helped identify a creative solution to solve an issue that threatened to divide your team.

It required imagination and openness on everyone’s part but ultimately resulted in divergent perspectives contributing positively toward a common goal.

3. Actively collaborated with others

Even though you might have had very different opinions from other members of your work team, you actively collaborated with them and adjusted your views as needed until you all reached a consensus.

Read also: The Top 11 Skills to Work in a Team

4. Interjected in a team meeting

You interjected in a team meeting and provided crucial guidance and advice to maintain and improve the project.

By continuously providing valuable insight into the overall objectives of a project, you helped to keep team members on track regarding milestones, task assignments.

And you gave assurance that everyone was working toward one common goal. Your actions allowed team members to follow through, making certain of achieving the objectives most efficiently and cost-effectively.

When there was not enough room for two employees in one cubicle, you used your influence to have an additional cubicle added so employees could work together and share information while respecting each other’s space.

You were instrumental in helping resolve conflict and tension between your two peers who could not agree on a project’s scope.

You took steps to get them talking again, so they worked together, focusing on their strengths as a team.

You organized an impromptu meeting with key staff regarding improving communication within the department, even though you knew that some staff members would feel uncomfortable because of how they communicated.

Due to your efforts, the group agreed to avoid future negative situations or conflicts due to miscommunication.

8. Allowed no one to slack off

When you noticed that the team’s progress was slow and they were trying to cut corners, you spoke up.

You let them know that they needed to allow for more time and be honest about what was holding back their work — and then proposed solutions. Because of your efforts, all participants felt respected and encouraged.

Read also: How to Deal with Insubordinate Employees

9. Showed others how to run a meeting

You have participated in many meetings at work and believe you are well-versed in running effective ones.

However, when several individuals began speaking at once during one meeting leading multiple conversations simultaneously while others weren’t even contributing yet, it made it difficult for anyone to understand what was going on.

You proposed to ensure that everyone had the opportunity to contribute individually and held them responsible for their participation in meetings moving forward.

You were nominated to lead a team after several of your colleagues resigned. It happened abruptly, and you didn’t have formal leadership skills or management training.

However, you immediately began looking for solutions to address issues within the group, such as moral issues.

You reached out to the rest of your department with creative solutions — like setting up an informal gathering at lunch where everyone could get together for a half-hour and share any issues bothering them that day.

Your actions helped restore positive feelings about work-life within so time!

While overseeing a large project, you spotted an issue in which another team member was not pulling their weight, causing delays and other issues.

You took it upon yourself to sit down privately with the person in question and express your concerns about how consistent lack of commitment was causing delays which threatened to miss the project delivery agreed date.

By addressing this problem head-on and being open about it, you showed your willingness to take matters into your own hands when problems arise.

You offered constructive feedback when asked for it by a teammate. Moreover, you did so in a timely fashion rather than letting the issue fester.

By doing so, you contributed toward building trust among your teammates while also preventing any problems from growing to the point that they might be challenging to resolve and which could potentially damage teamwork.

Read also: How to Demonstrate Positive Attitude at Work

13. Worked cohesively with others

When the company began downsizing, you worked closely with your manager in identifying the skills that each employee possessed and found opportunities for them to use those skills.

You also made sure that they were aware of training opportunities available outside of work to stay current on their industry-related knowledge.

By doing so, you helped reduce overall stress and protected the morale of everyone.

14. Showed interest in getting involved

You showed a willingness to get involved with other projects when not under direct supervision or guidance from your manager.

It is important to understand how helpful it was to be allowed to take on additional responsibilities that pushed you outside of your comfort zone but provided you with an extensive amount of learning opportunities and enhanced your career growth opportunities.

You took responsibility for something that was not your fault to show what type of person you are deep down inside. You handled the situation with a great amount of wisdom, and you kept calm when it would have been easy to blame others for it.

16. You helped someone else

You demonstrated that you are not just a good team member when it comes to supporting your co-workers, but also showing gratitude towards people for the things they do or have done in the past.

You were there for them in return when they could not be, and because of this kind of selfless attitude, others took notice and stopped being forgetful about what you did for them once they became busy with other problems as well.

You were consistently praised by a manager at the end of one-year review for bringing positive change within your team, after proactively coming up with some new ideas that changed how things got done around the office without any prompting from above.

18. You volunteered on behalf of others

It’s lunchtime, and a few people stayed back to work while others went for lunch, but you volunteered to stay behind because reports were waiting to be sent out.

So, you got together with a few of your workmates, and you managed to get all the reports sent out during the lunch break.

19. You were regarded as role model

There are times when people find themselves anxious about taking on greater responsibilities because they don’t feel like they are ready for it — this has never been an issue for you.

Being able to take on new roles pretty much seamlessly made many of them look up to you and regard you as a role model.

You and your team had a new assignment handed to you, but upon reviewing the project requirements, it was clear that one person on your team would be overworked if they had to complete everything themselves.

You took the initiative to approach your boss and asked for help with the project so that you could complete it on time and within budget.

You managed to turn a challenging situation into cooperation by being a team player in challenging circumstances.

Your excellent communication skills helped you maintain good relationships with your project team members, despite differences in opinion or personality.

You have proven to be an asset to the company because of your ability to work well with other people.

22. Encouraged teammates to be more open

You encouraged teammates to open up about challenges, personal issues, or work conflicts they were facing.

You didn’t offer unsolicited advice, but you listened carefully and offered empathetic responses that helped the person feel supported and motivated to resolve the issue.

Collaborative efforts are a highly effective way to get work done because a team has more resources and skills than one person.

One key component that makes any team successful is how the members interact and communicate effectively.

When you consider these components, it can be very beneficial for everyone involved in a team effort.

How has been your experience of teamwork? Let us know your thoughts regarding this article in the comments section below