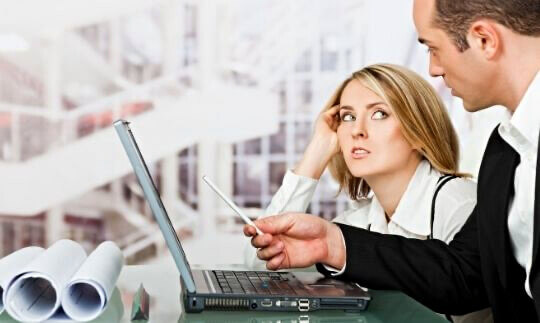 Managers often find themselves in situations where they have unpleasant conversations with employees, either formally or informally, to get their point across. Unfortunately, sometimes negative feedback is necessary. There are several reasons why managers might need to use negative reinforcement tactics with an employee including, but not limited to poor performance, lack of motivation, or enthusiasm on the job.

What is negative reinforcement?

Negative reinforcement is the process of taking away an unpleasant stimulus to encourage a particular behavior. For instance, you might want to get your employees to concentrate on their work by denying them access to some useful but distracting tools.

Negative reinforcement can be a little bit tricky for managers to understand. It is often mistaken for punishment, but the two are not the same thing.

Punishing someone requires that you illicit negative behavior first, and all that does is breed resentment or anger in employees.

But the truth is, many managers use negative reinforcement in the workplace for anything, from disciplining an employee to holding their attention during training to improving on-the-job performance. It’s more about what makes sense in context than any strict rule on how and when to use it.

Some people think the technique should not be used in the workplace due to its negative connotation, while others find it effective in changing behaviors.

Whichever side you take, the negative reinforcement technique can motivate employees, but you must use it with caution. If properly applied, it can help an employee improve their behavior and become more productive.

So, here are 13 examples of negative reinforcement at work:

1. Telling employees their work is not good enough

Telling an employee that their work is not up to standards may sound a bit demoralizing. But many managers believe that people do their best when they are pushed to the limit.

A manager who is brunt can be very effective in getting their employees to work harder and do better. Since their intention is to motivate employees, it can be classified as a mild form of negative reinforcement.

As an employee, you have to respond positively to your manager’s criticism or do nothing. In this case, the former is a better option because if you repeatedly produce substandard work, you will eventually get more criticism.

Many managers, don’t fire people immediately because they want their employees to improve and not give up on them.

Read also: 11 Examples of Weaknesses in a Person

A manager might choose to schedule additional work for an employee who is struggling with attention to detail or a particular task.

Instead of taking that particular work away or giving them something easier to do, managers may also choose to give employees more of the same work.

The aim is to force employees to pay closer attention to whatever they do and improve their performance. This is an example of negative reinforcement in action.

Because the employee will be forced to be more attentive when proofreading and avoid being reprimanded or criticised by completing their work correctly.

There is nothing more demoralizing for an employee than losing their bonus. Most people work hard so they can get their bonuses at the end of the year.

If a manager wants their employees to improve performance, the best way is by removing an employee’s bonus.

For example, if an employee receives a bonus every year and he or she does not meet expectations this year, the bonus may be withheld.

Taking away bonuses is a strong negative reinforcement that leaves many workers disappointed and it makes them want to avoid this at all costs.

So, earning bonuses becomes a personal goal, they must work harder to achieve at the end of each year.

The manager may deprive their employees of certain privileges as a way of imposing negative reinforcement for unacceptable work behavior.

This may include taking away their parking spaces or not allowing employees to work flexible hours as a way of imposing negative reinforcement.

If someone really needs a flexible working environment, they will need to conform to the manager’s expectations.

The boss may act in a hostile way towards employees, yelling at them and berating their work performance. Sometimes when they act like that it doesn’t mean being harsh or out of their mind.

Bad managers have a reputation for being bullies and treating their subordinates badly. But a good boss can also lose their temper and yell at employees if they believe it’s going to change their behaviors or motivate them to become better.

Your boss is yelling at you out of frustration to make you do better in the future. This may not be good for employees but sometimes it’s necessary even for a good manager to show their frustration in such a way for the right reasons or intentions.

In the workplace, negative reinforcement also comes in the form of imposing mandatory overtime. There are times when people don’t pull their weight, which affects the entire group.

Depending on how detrimental this is to the overall productivity, managers sometimes force employees to work longer hours to improve their performance.

So, they realize that next time they do not pull their weight, the manager will make them work longer hours something they don’t want to experience again.

Changing an employee’s shift or job assignment is another way to apply negative reinforcement in the workplace.

For example, if an employee is consistently tardy, he or she may be assigned a particular job that requires getting into work earlier than usual.

Also, the employee can be placed in a critical position where other employees have to rely on him or her to complete certain tasks, such as opening the store or workshop on time, — which would result in additional pressure to be punctual.

In such circumstances, the person has no choice but to be punctual or face a consequence because failing to do so will let the other employees down.

This tactic is a contingency that makes an unwanted behavior less likely to occur again.

Some bosses believe that by not speaking to their employees, they can force them to change their work-related habits and become more productive workers.

No one in the workplace wants to be sidelined or ignored by their boss. When managers do that it makes employees feel insecure about their position at work.

That insecurity makes the employee to want change whatever is causing their boss not to talk to them. So, people are forced to change what they are doing wrong to please their boss.

Basically, some bosses use the tactic of silent treatment as a form of negative reinforcement in the workplace to motivate their employees to become better workers.

A manager can make sarcastic remarks about how your work doesn’t meet their expectations.

The purpose of doing so is to let you know that your work performance is adequate and needs to be better if you want to keep your job.

So, you have a choice to either, perform better, accept being ridiculed all the time, or even face serious consequences. This is an example of negative reinforcement in the workplace.

Also read: 20 Examples of How to Motivate Employees

You may be denied an opportunity for a promotion or bonus if your work behavior does not meet the manager’s expectations.

When you are consistently late and your work colleagues are not, you may be denied an annual bonus.

If your work ethic does not meet the standards set by you manager, they may refuse see any reason to promote you.

So, your manager’s actions can be used as a form of negative reinforcement to bring about a change in your performance and behavior.

If you’re the type of person who’s insecure, watching work colleague receives a public praise can make you feel envious, inadequate, and even angry.

Managers acknowledge great work when they see it, but doing so can have an adverse effect on workers who are envious of the recognition someone else receives.

The other person’s success can create an uncomfortable feeling of being left out, and force you to improve.

Another way to apply negative reinforcement in the workplace is to move an employee who is a poor performer to another project, department, or team that’s less important within the organization.

Most people want to be considered top performers, and reassignment of this kind can certainly feel like real humiliation. It can be a difficult move for an employee to accept since the individual may feel like being demoted.

For the manager, the goal here is to make a statement that such an employee isn’t performing and does not deserve to be in the top group.

They want to demonstrate to the person what happens when performance expectations are not met but also, to get a performance boost reaction in the person.

13. Stopping someone coming in late

If a manager wants an employee to stop coming into work late, then they could have a contingency that makes lateness less likely to occur. For example, they could make coming late to work unacceptable and inform the employee.

This tactic would remove any temptation for the employee to be late in the future because continuing with this behavior might result in the person getting disciplinary.

If that does not have any effect, this may mean that another form of negative reinforcement needs to be used for the behavior change to take place.

Negative reinforcement is a powerful technique that managers must use with caution, but it can also help them improve their management skills and become better leaders.

It’s important that managers remember not all negative reinforcements will work — some may have the opposite effect than intended.

When do you think negative reinforcement can be beneficial for an employee? You can leave your comment in the box below

We use cookies to ensure that we give you the best experience on our website. If you continue to use this site we will assume that you are happy with it.Ok