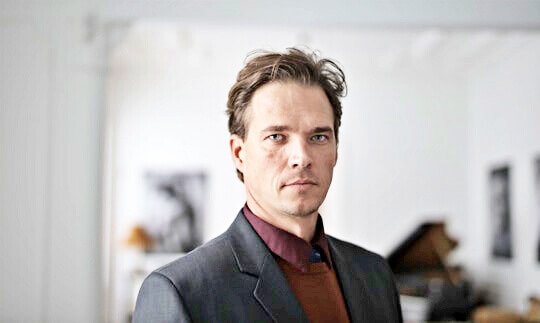 Every day, people face hostilities at work such as exclusion from meetings, team projects without justification, or forced to work unpaid hours and getting criticized or ignored after achieving a critical goal. These are signs of discrimination and harassment that make the work environment hostile for some people, who often face unfair treatment from their colleagues and superiors.

What is a Hostile Workplace Environment?

A hostile work environment is a workplace where a manager, team leader, or colleague creates a discriminatory atmosphere where others feel humiliated or intimidated to the point of hampering their ability to work well.

A hostile workplace environment can cause severe psychological and emotional stress that can lead to a decline in performance. So people should notice the signs and determine whether the workplace is hostile.

Offensive jokes are common in the workplace even when the intention is not to insult or offend another person.  Inappropriate jokes often come out during teamwork, group conversations, lunch breaks, or even during team meetings at work.

Something people tend to ignore when telling offensive jokes about others in the workplace is whether they hurt and offend those who identify with the subject matter being joked about.

Sex is a part of life, but it can be uncomfortable to talk about in the workplace. Sexual harassment can affect someone’s self-esteem and the ability to do their work independently.

Talking about sex at work isn’t always prohibited under company policy; however, there do need to be boundaries set for everyone to feel comfortable in their professional environment.

The workplace is a place where every employee should feel comfortable and safe.  And, that means  managers need paying attention to any form of harassment whenever it happens in the workplace.

Showing or displaying racist pictures in the workplace is not acceptable. It’s important to be mindful of the dangers of racism in the workplace and the effect of racist images on the people around you.

Sometimes it may seem like a harmless joke, but it can have much more serious consequences. As an employer, you should not display inappropriate pictures or any other offensive images in the workplace.

Read also: How Do You Set Your Expectations for a Team

In the modern workplace, everyone ought to be able to feel comfortable and safe. When someone else starts to make another employee feeling uncomfortable or unsafe on a professional level, it affects their concentration and performance.

Unwanted touching is unacceptable in place of work. It can be considered sexual assault or battery in some cases. However, because many people do not realize this they may not report it when they experience unwanted touching at work.

5. Making Unwanted Comments on Someone Appearance

People at work make unwanted comments on the physical appearance of someone else. That could be harassment or bullying, which may harm the morale and productivity of those who might feel uncomfortable or offended by such comments.

Making comments on the physical appearance of someone is a serious issue that needs to be addressed.

It creates a hostile work environment due to something as petty as this, especially if other employees feel offended by the incident and quit their jobs.

When people make a rude gesture at work, sometimes they think it is funny and don’t realize the negative effect of their actions.

They might think it’s a joke, but not everyone will get the humor, and you could be offending someone is with your sense of humor.

The truth is most people who make inappropriate gestures in the workplace are racist, offensive, bullies who want to hurt those at the receiving end of such action.

Using slurs, insensitive terms, or name-calling is not acceptable in the workplace because it can be very offensive and racist to others. When people are in the workplace, there is a certain level of professionalism that is required or goes along with it.

Most employees want to get on with their work and help make their company or organization profitable or competitive. A professional work environment means that everyone treats each other with respect and refrains from using words that could be deemed offensive or insensitive.

8. Witch-hunting to Ruin Others

Witch-hunting is unacceptable. It’s not just wrong but also unprofessional and should not be tolerated in the workplace.

Most people are decent, hardworking individuals who get along with anyone, but some engage in witch-hunting activities to ruin others’ good images or reputations at work.

Some employees use social media platforms to humiliate to co-workers for no other reason than to gain a sense of power over them.

There are also cases where employees have gone after supervisors through social media channels to humiliate them for fun or revenge when things don’t go their way.

Also read: How to Demonstrate Honesty and Integrity in the Workplace

9. Sabotaging the Work of Others

In the workplace, every employee should be allowed to work well with others. But when someone starts sabotaging other employees, it becomes an impediment to their work output and performance.

They do it because of jealousness, and as a way of disrupting someone’s performance or career progression.  In most cases, employees stop collaborating, and that creates a culture of distrust in the workplace.

Some people make it a point to be as prejudice or unkind as possible when they talk about others.

When you hear a person freely making unabated vulgar comments at work about someone’s gender or sexual orientation, spouting racial slurs, or ridiculing other people based on sex or race, it is a sign that the environment in that workplace is hostile.

Employers have a responsibility to protect everyone that works for them. They should ensure that no employee faces discrimination in any way.

But some employers don’t take responsibility when they know that some of their employees face daily discrimination and humiliation at work.

If you find yourself in a hostile work environment, get help from someone who can deal with the situation and end prejudice or demeaning behaviors in the workplace.