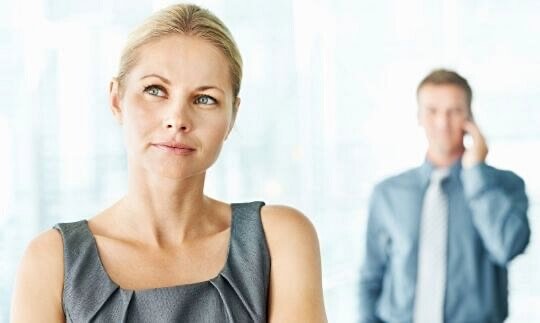 Taking a risk means engaging in an activity that may cause personal, physical, financial, or social harm. When taking a risk at work there are two types of risk-taking: calculated and uncalculated. Calculated risks involve making decisions about the likelihood of possible benefits — a good example is deciding to take on more responsibilities. Uncalculated risks occur when people do not think before they act — for instance, over-reaching beyond their level of competence.

What is taking a risk?

Taking a risk is to act even if the outcome is unknown and cannot be predicted. In other words, risk taking is the willingness to take on something, whether a challenge or an obstacle and prepare to face the consequences. It requires courage and hope that you will succeed.

Taking a risk can be exciting and terrifying, but to succeed in life, we must take the opportunity to step outside of our comfort zones. The best way to conquer your fears is to do the things that make you nervous.

As long as you approach them in a smart and logical way, doing something that scares you will instill confidence in yourself and help overcome fear of failure.

Although taking a risk at work can lead to business benefits such as increased productivity and efficiency, it also can cause harm.

There is a possibility that when you take a risk by either over-reaching beyond your level of competence or not thinking before you act, you may experience negative consequences such as failure.

You need to consider the potential benefits and disadvantages of taking a risk before deciding whether to go ahead or not.

Doing a risk assessment helps in identifying the areas where you feel most confident and safe to achieve your goal. However, risk-taking often helps people grow and learn.

So, here are 10 examples of positive risk taking at Work:

Debating unpopular ideas is like challenging consensus views or engaging in an argument contrary to popular opinion. In the workplace, any person who goes against the accepted ideas or thinking is often called an “antagonist.”

You could be discredited and seen as controversial when you say something other people don’t want to hear. So, it takes courage for people to take on the role of antagonist.

2. Ask for a promotion

Some people believe that they should wait patiently for their turn and be content to work in the same position indefinitely. But if you do not ask for a promotion, you may have no hope of ever getting one.

So, if you feel that your current situation is putting a cap on your career progression, it is better to ask — because staying unnoticed is worse than being noticed.

But when you ask for a promotion, you demand that your employer acknowledge the increase in your responsibilities. It may require an increase in pay rate or even rescind on commitments your manager made to other employees.

It is also worth noting that your manager is not under any obligation to promote you based on requests alone — which means it could be dangerous to ask for promotion without coming with concrete reasons why you deserve it.

3. Disagree with your manager

Managing a boss can be difficult. While it’s easy to agree with your boss when you have a good relationship, it can take some courage to disagree if you are worried about offending them or losing your job.

However, there are ways to disagree respectfully and productively, like taking the time to listen before responding, using phrases like “I feel” instead of “you should,” and refraining from sarcasm.

Yes, disagreeing with a boss is not always easy, but it’s necessary for growth and productivity. Sometimes your boss needs to be challenged so they can reflect on their own actions and decisions.

But, don’t forget that they’re still your boss, especially when you’re not 100% sure about the power dynamics in the relationship.

When your boss consults you on a decision before finalizing it, is one of the most rewarding things you can ever experience, both professionally and psychologically.

Your manager is not only making decisions based on your input, but also recognizing your intelligence and abilities.

Accepting a new job is like taking the risk of moving into an unfamiliar environment. You may be apprehensive of stepping outside your comfort zone and potentially failing in the new role.

But feeling comfortable and secure in your current job is just repeating the same things you have been doing every day.

Consider the advantages of taking on a new challenge that can stretch your abilities, learn new skills, and increase your earning potential. There is no security in playing it safe or simply repeating your daily routines.

Being comfortable in your current role reinforces the same behavior, actions, and skills you have already mastered — which may have minimal value in the workplace where things are constantly changing.

Remember that if you are not growing, you are dying. Though it is risky to accept a new job, it could also yield benefits.

5. Being direct about your needs and desires

Being direct in the workplace can help you to achieve your needs and desires. However, it can easily backfire if not done properly or without regard for the feelings of others — you could offend your boss and colleagues.

If your boss is not receptive to feedback or criticism, being direct can cause problems down the line or put your job in jeopardy. It can lead to an argument and give your manager a reason to get rid of you.

Not only is it risky, but you are also opening yourself up to the possibility of being rejected without support. So, it is better to assess the risks in your specific situation and identify how you define success.

6. Asking your boss for a pay rise

Asking your boss for a pay rise is another example of positive risk taking. But it involves an element of vulnerability and the possibility that they may say no.

People often don’t ask for a raise because they want to avoid a negative response from their managers — it is worth trying at least once. The worst that can happen is a boss says no, and you have to continue doing your job.

However, if the consequence of being denied a raise is getting fired, then it is probably not worth asking for a raise.

But if the risk only involves the possibility of angering your boss, then you have to evaluate whether it will affect your day-to-day performance.

Taking risks to ask is often better than not asking, and it depends on how you craft your question and who your boss is.

There are some cases where your boss forgets to give raises without being prompted. You don’t know what your boss is thinking. So, it is better to ask than stay hoping they do something.

7. Speaking up about internal workplace politics

Speaking up about internal workplace politics — in other words, gossiping, ridiculing, and trashing others inherently takes a risk for a lot of different reasons.

It is a risk you need to weigh and decide if it’s worth taking. It is an intriguing challenge that only a few are willing to take on.

You can be labeled as a “troublemaker,” or even disruptive to the workplace. Secondly, it is risky because it can cost you your job. Thirdly, being an opinionated person does not always equate to being well-respected or loved at work.

Lastly, you will have a hard time getting on with others once people know that they cannot trust you — since they are going to be wondering if their gossips will get back to management or others.

However, speaking up can produce positive outcomes for everyone in the workplace because every time you avoid such an issue at work, it creates more problems.

Trying to avoid it not only risks your reputation but also protects toxic people who may be abusing power.

8. Stepping up to be a leader without experience

There are potential risks of becoming a leader without leadership experience. And these are not small risks, either. Some people are afraid of becoming leaders simply because they don’t want to take the chance.

Sometimes it is more about the person than the experience, and leadership is really about the ability to lead.

Experience makes a world of difference in leadership success. But leadership is a risk only if you are not willing to learn and develop the skills necessary.

Risky does not mean pointless — you may succeed or fail. So, expose yourself to new experiences and opportunities that will help you become a better leader and not result in embarrassment for your company.

9. Pursuing a goal without knowing how you will pull it off

Pursuing a goal without knowing how to pull it off is about doing something without figuring the outcome or its results. It is when you do the things you have never done before or are out of your comfort zone.

You can think beyond your current situation and create new ways of achieving your set goal. You may know whether or not you can do it perfectly, but that is what makes the experience challenging and worthwhile.

It is about seeing how far you can stretch yourself without giving up on your goal. Think beyond limitations and step up for a challenge that seems impossible to pull off. Success does not always come from doing what you know, but also from doing new things.

10. Starting a project no one else is interested in

Starting a new project no one else is interested in takes courage, determination and it is risky. It is not an easy choice, but it does have some clear advantages.

First, you get all the glory of having completed something others did not bother with. Second, you can make the changes you want because no one has any vested interest.

Owning your idea and taking it through to fruition with sheer willpower can result in unexpected successes.

It also allows you to learn more about your job, industry, and business. And to see your idea become a reality is incredibly rewarding.

Some people work for companies where they don’t get the opportunity to pitch an idea, or when they do pitch one, there is usually too much political involvement in making it happen.

But, if you work where you can throw out ideas and implement them, build trust in your capabilities.

You will feel more satisfied with your job when you start to see the results of your effort — not only will this make you more productive, it will make you happier.

Taking a risk at work, no matter how small or big usually means stepping outside of your comfort zone and taking on new tasks. It might seem scary when you first take that leap of faith into the unknown.

But in reality, it is one of the most rewarding feelings in life to know that you are taking on something new and maybe, even doing it well. If you have never taken a risk at work before, start now and see how far it takes you.