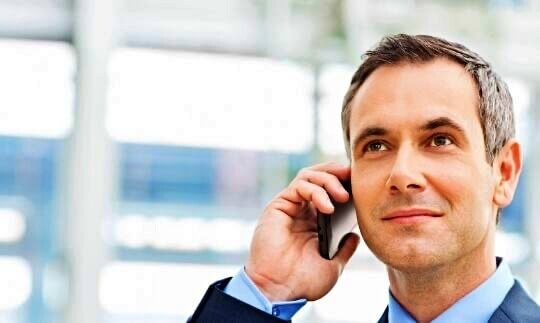 Being ambitious is often associated with greed, selfishness, and a lack of empathy. But, this is not always the case. There are many good reasons why you might be ambitious. While it is true that some people can be too ambitious and engage in unethical behavior, many successful and admirable ambitious leaders inspire others to achieve their success through dedication and hard work.

When the ambition is channeled in the right way, it can be a powerful motivator that leads to success. Ambitious leaders must have the emotional intelligence to help them not overstep ethical or moral boundaries.

What is ambitious leadership?

Ambitious leaders strive to reach new heights and make a meaningful impact. They are never content with the status quo, and always looking for ways to push their team or organization forward to the next level.

Is ambition good for leadership?

Ambition is good for leadership because it drives leaders to achieve their goals. Leaders need to be ambitious to motivate their teams and do the right things.

However, ambition can also lead to greed and unethical behavior. Overly ambitious leaders often do whatever it takes to achieve their objectives, which sometimes come at the cost of others or their integrity.

So, leaders need to be careful not to let their ambition overtake their judgment. Overall, ambition can be a good thing if it is used in the right way.  Leaders need to remember that they are not only responsible for themselves, but also for those who follow them.

However, a leader without ambition is likely to be complacent and not strive for excellence, which can lead to failure.

The ones with ambition take advantage of opportunities and make things happen, while those without ambition often lack the courage or determination to succeed. Ambition is what separates successful leaders from the rest.

Here are 15 examples of ambitious leaders:

1. They have a vision

Vision is key because it gives you something to strive for. It gives you a goal to shoot for and a purpose in life. It is what separates the leaders from the followers.

Ambitious leaders often face difficult choices and have to make tough calls. They need to resist the temptation of taking the easy way out and be willing to stand up for what they believe in, even if it means unpopularity or conflict.

Good examples of ambitious leaders include having the courage to say “no” when saying “yes” would be easy or convenient. This takes a lot of strength and determination, which are essential qualities for success as a leader.

3. Giving credit where it is due

Many ambitious leaders give credit where it is due — without overshadowing others’ successes.

Most ambitious leaders are confident in their abilities. But, they also understand that they cannot achieve anything without a great team behind them.

Ambitious leaders know that success is a team effort, and they are quick to praise those who help them achieve their goals. They are generous with recognition and share the limelight with those who deserve it.

4. They are not afraid to ask questions

One positive quality of ambitious leaders is they are not afraid of asking questions and admitting when they don’t know something. This shows that they are humble and willing to learn, which is important for any leader.

Additionally, admitting when you don’t know something can make you seem more relatable and human to your followers. People want to follow someone who is open and learns from their mistakes.

So, overall, being an ambitious leader with a willingness to ask questions and admit your weaknesses is a positive quality in any ambitious person, not only leaders.

5. Not afraid of the unknown

An ambitious leader is always looking to the future. They have a plan and work hard to make sure it comes together. They don’t spend time worrying about what might go wrong or how others will judge them — only whether or not their vision for the future will come true.

Such leadership inspires followers because it’s clear that everyone has a common goal, even if there are unknowns along the way.

And when people feel like they are working towards something greater, they stay motivated and focused on moving forward.

Good examples of ambitious leaders include having an unwavering positive belief in themselves and their leadership abilities. They are confident, but not cocky.

They know what they want and do anything to get it. This confidence spills over into everything the leader does inside or outside work.

Ambitious leaders don’t allow other people’s opinions, feelings, or needs to get in the way of what they want for themselves.

It also keeps them focused on achieving goals instead of dwelling on mistakes past or present. Their self-confidence is a key ingredient for success, as it allows them to take risks and push forward even in the face of adversity.

7. They put success before being liked

Ambitious leaders know that to achieve their goals, they need to put their interests first and foremost. This doesn’t mean that they are ruthless or unkind but simply means understanding the importance of staying focused on what they want to achieve.

Being a leader is not about being popular. It’s about being effective. And an effective leader knows that part of the job is making sure everyone is pulling in the same direction, even if that means having difficult conversations.

It is easy to get caught up in the idea of needing to be loved, respected, or feared to lead others. But always remember that people do not follow you as a person, they follow your ideas.

8. They are not afraid of failure

Ambitious leaders are not afraid of failure or rejection because both are an important part of the learning process and success.

They know that failure breeds success, and they have the resilience to dust themselves off and try again after a setback.

9. Having a desire for greatness

Ambitious leaders are constantly seeking ways to grow and improve. They are not content with just “getting by” — they want to be the best, and are willing to work hard for it.

Regardless of the situation, the ambitious leader maintains a positive attitude and remain focused on their goals. The desire for greatness is ever-present and it is this drive that propels ambitious leaders to success.

10. Pick themselves up after a setback

It takes focus and determination to keep going in the face of obstacles. Ambitious leaders know how to pick themselves up after a setback.

When things don’t go their way, they don’t wallow in self-pity — instead, they analyze what went wrong and put together a quick plan to fix it.

Ambitious leaders never give up — even when the odds seem insurmountable. They understand that success is not a given, and they are willing to put in the extra effort to achieve their goals.

11. They live in the future

Ambitious leaders live in the future. They focus on what they want to achieve and work hard to get there.

They are always thinking about what is next and how they can get there. This allows them to focus on the big picture and not get bogged down in the details.

Ambitious leaders set incredibly implausible goals and then achieve them. They have an unwavering dedication to their vision and a relentless work ethic which allows them to push boundaries and break through barriers.

13. Their priority is to do well

Ambitious leaders succeed because they have a clear goal and are willing to do whatever it takes to achieve that goal. They don’t make excuses or waste time on things that don’t matter. Their priority is doing well, not making friends, or avoiding conflict.

What separates ambitious leaders from others is their ability to ask questions. Leaders who ask questions big or small find success. It is how they figure out what works and what doesn’t. And it is an ingredient in solving problems.

By questioning everything, leaders open themselves up to new possibilities and opportunities. They are constantly exploring and expanding their knowledge base — this makes them better equipped to handle whatever challenges come their way.

Read also: How to Demonstrate Honesty and Integrity in the Workplace

15. Their personality is magnetic

Ambitious leaders have magnetic personalities. They captivate people with their drive, energy, and enthusiasm.

People are drawn to them because they trust them to take on challenges together. This creates an environment where people want to follow the leader without question or hesitation.

Ambition is a quality often admired in leaders. It drives them to achieve great things and make a lasting impact. The ambitious leaders possess an innate desire to lead and an unyielding determination to succeed.

They are also highly resourceful and resilient individuals who can persevere in the face of adversity. So if you are ambitious, do not give up — keep pushing forward and achieve something remarkable.