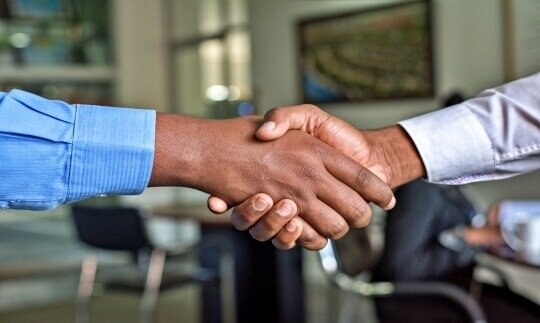 Dealing with workplace conflict can be a challenge, especially if you’re managing people with different cultures, ethnicity, lifestyles, and values. Usually, it’s the employees’ differences that cause all types of conflict in the workplace.  It requires a profound skill to keep a lid on people’s personal attitudes and egos from damaging relationships at work.

There’s no denying that conflict is quite normal in the workplace.  However, it needs to be managed in a way that doesn’t destroy relationships and teamwork spirit.

While agreeing that it is a challenge to leave our problems at home, you need to remind your staff to leave their emotional baggage behind. You can talk about issues associated with conflict during your regular team talks.  This will help individuals to manage the frustrations better and possibly prevent workplace conflict.

As a manager, don’t ever take sides when it comes to dealing with a conflict in the workplace. Once you take sides, your employees might feel that you favor sides which isn’t a good reputation as a manager. Don’t let your favoritism gets in the way, instead, gather the information on what happened.

Once you have all facts, you’ll be able to look at things from a non-biased opinion and make a judgment on the evidence you see forehand.

Related Article: How to Handle a Junior Colleague Who Undermines Your Authority

Communication problems are one of the most common things that occur in the workplace. In dealing with workplace conflict as a manager, you must ensure that communication is clear and precise between you and your employees. You must listen first and understand the problem before trying to resolve the conflict at hand.

5. Conflict as an Opportunity

Not all conflicts that happen in the workplace are bad.  Some conflict can bring favorable change and results in the workplace.  It’s up to you as a manager to evaluate the type of issue you have at hand.

If the conflict in the workplace is a positive one, it brings an opportunity to change something for the better. For instance, if two of your staff members argue for not finishing a project on time, that is a positive argument.  You can use this to find the root cause as to why the tasks weren’t met at the desired time. This is just an instance of how conflict can be used as an opportunity.

6. Don’t Focus on Being Right

As with anything, dealing with conflict in the workplace shouldn’t involve a competition of who’s right and who’s wrong. The only thing it should involve is a mutual understanding and cooperation on both sides. Just because someone is in a higher position doesn’t mean they are always on the right and that they should win the arguments that involve others in lower positions.

Remember that dealing conflicts in the workplace isn’t about winning arguments but rather, it’s about resolving issues.

In dealing with workplace conflict, you’re not going to resolve anything with destructive criticism.  If you manage conflict with constructive criticism, you avoid getting personal or taking sides.  Instead, you focus on issues that may have caused the conflict, not the behavior of individuals involved.

If you’re going to directly tell an employee what they did wrong, do it so without attacking them on a personal level and soften the blow.

As a manager, it’s your job to deal with the conflict within the workplace.  So many times, managers are reluctant to address teething issues that involve members of their staff before they turn into bigger problems.  And such reluctance can be the cause of conflict in the workplace.   You must face the challenge of solving issues before they can turn into a toxic environment and destroy work relationships.

Stating clear expectations isn’t just done before or after a conflict, but also during the conflict. Doing that can allow both parties to realize their own faults and their own contribution to the conflict. Demanding expectations without verbally addressing this can make one or both ends frustrated if the requirements weren’t met.

Set up regular team-building exercises to get your employees to build close relationships.  To deal with conflict as a manager, it starts with relationship-building and reliability.  Sometimes when certain employees spend time together away from the work environment, they build a bond.

The off-work environment makes it easier for disagreeing people to talk with one another about their disagreements in a non-competitive way.

Good managers don’t just manage their employees but they also lead.  As you may already know, leadership is an action that influences others.   Dealing with workplace conflict is easier if you lead by good examples.  Usually, employees are always careful not to do things their leaders don’t like.

In conclusion, dealing with conflict in the workplace can be hard to resolve than you expect.  However, it can be done successfully. Some managers view conflict as an opportunity for bringing improvements in the workplace.

It’s also essential that you can deal with protracted serious disagreements that often occur at work.   Because if you don’t deal with toxic issues, they can damage work relationships and teamwork.  The ability to handle conflict in the workplace is a key skill required for managing people.

There’s no simple way to immediately fix conflicts in the workplace. You only learn how to deal effectively when conflict arises. Whether that’s in the form of work tasks or employee disagreements, you need to manage or handle conflict in the workplace better.

Lastly, it’s always about communication. To address conflicts in a mature and professional manner, it’s important to have a proper form of communication with your employees in both the listening and speaking aspects.

Understand that you don’t listen to respond, but you listen to know the root of the problem in which the conflict was caused. This is the most effective way of dealing with conflict as a manager.

If you have any thoughts about this article, please leave them in the comment box below