Home Work Behaviours How to Deal with a Bossy Person 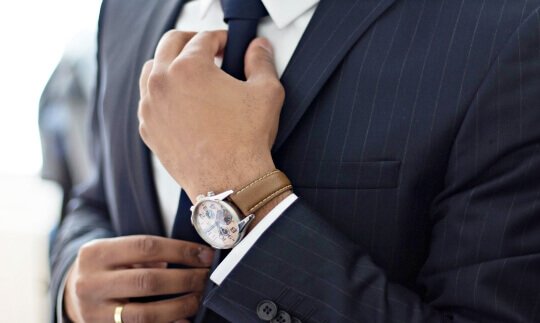 A bossy person is annoying. They think they know everything, and that’s not the case. It gets so difficult to get anything done when someone is constantly too pushy in inappropriate ways. Bossy means someone who likes to control or tell others what to do and how to do it without asking for their input.

Bossy people always try to take charge of other people’s ideas, act like they know what everyone should be doing all the time, and worst of all — never ask for input before making decisions.

Their behavior makes the work environment less pleasant and can affect everyone’s morale at work. It can also lead to an unproductive and inefficient workplace.

How to deal with a bossy person at work?

The first thing you have to do is tell the bossy person that their behavior or attitude is unacceptable, and it hurts your productivity and the morale of others around them.

But if they continue to behave this way, you have to take some concrete steps towards stopping the bossy behavior. There are several things you can do!

Here is how to deal with a bossy person:

When dealing with a bossy person at work, be professional and stand your ground, but do it nicely.

Most bossy people usually strive for perfection and try to impress everyone around them, which means most of their mood swings on external factors like what you’re doing or not doing.

They’re constantly on edge, trying to figure out ways of controlling everything around them. You can push their buttons by not doing what they want or expecting them to be perfect and always right.

Remember, their whole mood hinges on external factors, and if you can set your boundaries and maintain a professional attitude, you’ll do great.

Bossy people are often insecure people who feel empowered when they make others feel less secure. Secondly, if politeness doesn’t work, but sincerity does — reciprocate thoughtful gestures with a sincere thank-you for their input.

A bossy person will either back off because the other person wins the polite game this time or respect one’s boundaries because either it wasn’t all about them — which is what they want. So, learn to say No!

3. Express disapproval for their behavior

It is frustrating when someone in your work environment takes charge of things and makes decisions without gauging well the opinions of others.

And it can be hard to express disapproval without offending the bossy person or making them feel belittled, but it doesn’t hurt to try. Give them feedback in a private setting (not in front of others). Be polite and don’t use words that would embarrass them.

Never try to defend your actions or decisions in front of a bossy person. Instead, say that you disapprove of their methods and let them know that the way they are acting is inappropriate.

4. Convey your ideas in an assertive way

The best way to handle a bossy person is with assertiveness. Most bossy people have a way of pushing themselves into every conversation, and they do it without being invited to do so.

They feel like they’re the only ones who know anything and therefore deserve your respect, or they can shove their ideas down your throat with an aggressive tone of voice.

Assert yourself in a value-based manner that lets this individual know you are there for business and not just to please them.

The key is not to look for a way around them but to develop a synergy that benefits everyone. And this doesn’t just mean pitting yourself against them either there might be ways in which you can help the bossy person change instead of letting them continue with their behaviors.

If you work closely with a bossy coworker and can’t avoid the person, set your boundaries and ensure they don’t overstep them. Be clear about your limits. If they are too pushy or demanding something from you, say No!

There are several reasons why boundaries are vital. First, an employee with dominating behavior is uncomfortable and can torture anyone who values self-direction and autonomy. A bossy person can force you to be submissive.

The submissiveness is what they want from you. Setting boundaries prevents them from continuing that game of subjugating others for personal gratification.

Here’s an example of how it’s done: “I want you to understand that if I say no — it doesn’t mean our discussion isn’t important. It’s just that my integrity is important to me. I hope you can understand.”

6. Don’t give them the power

You may be afraid that you will upset this person if you challenge their behavior, but more often than not, they are unhappy about it themselves and need someone like you who knows how to stand up for themselves to make them realize they are overstepping the mark.

Explain to them how their behavior makes you feel and ask them to stop. Don’t try to please a person who is trying to control you. After all, it is your life, and ultimately they will respect any decision you make regardless of whether they approve of it or not.

The more you allow this person to upset you, the more power they have over your emotions. You will come out feeling terrible, and they may continue with their controlling ways because it has worked for them in the past.

One of the easiest ways to deal with a bossy person is not to react at all. If you’re annoyed — don’t show it. Of course, a bossy employee will try to get a reaction out of you so that they can attack you.

Most bossy people usually have an awful temper and want to see your anger but don’t give in to their game. Once they realize that nothing bothers you, they become confused, and this is when they’ll resort to other tactics — like trying to make you feel guilty, which makes them happy.

Don’t let their words hurt you because they’re not worth your pain. If the person is complaining about everything and everyone around them — it is their problem, but not yours.

Concentrate on doing your job, not on their mood swings. So, try not to pay attention to what they are saying and ultimately ignore them completely.

Read also: 20 Examples of How to Motivate Employees

8. Be clear and concise

Be clear and concise whenever you are talking to a bossy person. You have to be clear about what you are trying to say, give them just the information they need, and cut out everything else.

Also, focus on being concise when you talk. Be brief by avoiding unnecessary details that might lead to more confusion.

9. Don’t let them take up all the air in the room

A bossy person is usually loud and brash because they want to compensate for their feelings of inferiority. Make sure you don’t give them the attention they want when they are inappropriately behaving.

If you don’t give attention to them, they will lose their power over you. Make other people in the room the center of attention until the bossy person feels uncomfortable and backs down.

So, ensure you don’t let them take up all the air in the room, and don’t be afraid to speak your mind.

Try not to say sorry unless it’s something serious, or never apologize for something that’s not your mistake. If you do that, the bossy person will try to take advantage of it and exploit you more than ever before.

If you feel like apologizing for something which, wasn’t done on purpose, don’t do it.

Try to resolve the situation instead because saying ‘sorry’ is a sign of weakness, and your bossy colleague will only use it as a way to exploit that further. The best way around this is to talk about the mistake instead of apologizing for it.

Never apologize to someone disrespectful and bossy. Instead, make them apologize to you. Just be assertive because an apology implies that you have done something wrong.

11. Be firm but avoid arguments

If there are things to be done in a certain way, and no matter how many times you try explaining them, the other person won’t budge, then it can get frustrating. But no matter how much you feel about the issue, control your frustration.

Avoid getting in conversations that can trigger your emotions. Don’t get sucked into lengthy disagreements or disputes with them because this might turn into an argument.

That is what they want. They’ll make you lose your temper, and it will be much harder for you to control your emotions and situation.

If you feel angry about something, try to control your emotion and walk away. Be firm with your words but avoid entering into arguments at all costs, no matter how much they try to provoke you.

Dealing with someone who is constantly trying to control your actions can be very tiring. No one wants to put up with a bossy person, so speak up for yourself and make decisions rather than depending on their approval.

When you stand up for yourself, it shows them that they cannot walk over your wishes. You may not always get your way, but doing so will let others know that you can say what’s on your mind.

Keeping things bottled inside because of fear of antagonizing them make matters worse for you.

Until they realize that their behavior is causing discomfort for others, they will continue to dominate conversations and try to control the actions of colleagues.

When faced with such people, you must maintain your boundaries. If they notice that you are not accepting their behavior, they will change and become more humble.

What is your experience with bossy people at work? Feel free to leave your thoughts in the comment section below