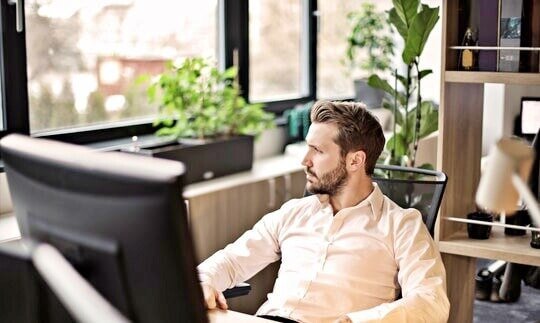 The workplace should be safe for everyone where they can thrive. When the work environment becomes toxic or hostile, people begin to feel less satisfied in their jobs and eventually become disengaged. It causes an unhealthy and disruptive workplace that affects employee performance.

What is a Toxic Work Environment?

A toxic work environment is a workplace that is unhealthy, unsafe, and unhappy. It is a physical or psychological atmosphere characterized by anger, hostility, and resentment between employees or management.

A toxic work environment occurs when the working relationships become excessively negative, and conflicts arise that cause stress to employees.

But it is often created by an abusive boss or manager. The abuse can be physical, verbal, or emotional.

The effects of being subjected to this type of treatment are detrimental to your success at work because it lowers your self-esteem and makes you feel like you don’t deserve anything good. Many ways can indicate whether or not you’re working in a toxic environment.

1. You are Bullied in the Workplace

It is never easy to go to work and have your boss or colleagues constantly pick on you. Bullying usually happens gradually over time.

The bully may start by insulting someone’s clothing or hobbies, then resorting to name-calling or teasing. But if things are more serious, the bully may resort to physically threatening you.

2. Your Job is no Longer Enjoyable

In a toxic work environment, it feels like you no longer enjoy doing your job because of the people in the workplace. The stress and anxiety from an unhealthy work environment make you dread getting up and going to your desk.

You spend most of your day looking forward to paycheck at the end of the week but not necessarily for doing a good job or accomplishing anything worthwhile.

3. Your Boss Frequently Yells at you

Your boss repeatedly yells at you in front of fellow workmates and makes you feel uncomfortable and humiliated. You try hard not to take it personally whenever it happens but unable to stop it.

The worst thing your manager can do is yell at you in front of work colleagues. That behavior hurts and makes people feel like they have no control over their work environment.

Read also: 12 Warning Signs Your Boss Is Gaslighting You at Work

4. The Boss never Say a Positive Thing about you

When a boss constantly blames you instead of taking responsibility for mistakes they’ve made, this might be another sign of a toxic environment in the workplace.

Usually, a bullying boss looks for someone in the team they can pick on — they don’t think you are good enough therefore, you are not worth their respect.

It makes you feel worthless when you know that your boss looks at you as a scapegoat all the time.

It means the manager will never appreciate your efforts and will always find faults in you. And this might lead to demotion or even termination.

It’s normal for your boss to concentrate on work-related matters instead of getting involved in unnecessary conversations.

However, if your boss does not take any interest in you every day, it’s a cause of concern. Instead of asking how you feel, they only focus on work-related matters, and that might be a sign of disrespect.

6. The Boss Doesn’t Value your Opinions

You can never succeed in an environment where you feel ignored for everything including, making decisions that impact your work productivity.

A good boss often considers the opinions of their employees before making the decisions. But in a toxic workplace environment, the boss ignores employees’ views, ideas, and opinions.

And they don’t give any explanation as to why they don’t consult team members before making critical decisions that affect them.

It becomes clear that the boss does not trust their employee’s ability to make input in such crucial matters.

Also read: 8 Examples of What to Tell Your Manager to Improve On

7. Your Boss Blames You for His Poor Decisions

The boss frequently blames people for making mistakes at the workplace that weren’t actually at fault.

In a toxic workplace environment, the boss never accepts responsibility for their shortcomings but points finger at employees whenever something goes wrong.

When this happens, it creates a feeling of distrust among team members that ultimately results in them unable to work efficiently, as they feel under constant fear of being blamed for mistakes they don’t make in the first place.

8. Employees are Afraid to Talk

You know who to talk to, but are afraid of backlash or being blamed for issues beyond your control. Most employees don’t feel free to go to their boss and give feedback on what is going wrong.

Even when you express your thoughts, the boss doesn’t take them seriously or respond with threats. You need to watch your own back constantly because you are afraid to be blamed or sanctioned for something.

It is a toxic leadership culture that kills innovation and creativity. There is no feeling of ownership among team members because the work culture forces employees to feel like pawns who can’t be trusted for anything.

You might have done everything right but still not be able to make simple decisions on your own. But your boss demand to talk to them before doing anything.

The logic is that close monitoring is necessary to keep things on track, but in the end, it just makes people feel like they are working for their bosses instead of with them.

People work together but without creating any relationship or sense of community among themselves. Team-building activities should help to improve trust, cooperation, and overall productivity at work.

But in a toxic workplace environment, the purpose of spending time together isn’t genuine, or there’s no effort made into bonding with each other at or outside work hours.

There is always a lot of talk about the upcoming changes, new policies, and workflows, but nothing ever happens. Rules which apply to all employees are presumptuous and contradict each other.

Employees don’t know who knows what — everyone seems confused in one way or another. It is hard to trust your bosses if they can’t keep their word on simple things like deadlines. Tasks and goals change regularly without any notice or logic behind them.

12. You get the Feeling of Not Belonging

There’s a feeling like you don’t belong anywhere within the workplace because you often get alienated by other employees.

You feel excluded from team activities, or you cannot stand the culture where everyone talks behind each other’s back or initiates backstabbing talks about others when they are out on a break at lunch.

14. Boss Takes Credit for your Work

In a toxic workplace, the boss is always keen to take credit for employees’ hard work and achievements.

It makes employees feel undervalued and unrecognized even after putting in extra effort working longer hours or taking on additional responsibility at work.

Teams fall apart because people don’t want to engage with those they disagree with when making decisions.

There’s no culture of agreement whereby people with different backgrounds, opinions, and preferences are encouraged to talk to each other to generate constructive ideas.

The natural outcome from this is dysfunctional teamwork, where there’s little to no open dialogue or communication between team members, and everyone stays within their bubbles.

14. The Boss has Unrealistic expectations

The unrealistic expectations of others upon you are not something that should endure. Employees greatly struggle because they try to do what others want them to do rather than what’s needed.

There’s no enough information or guidance on what is expected of them. People often find themselves stuck in an endless cycle of regrets over mistakes they make due to not having clear information and guidance from their boss.

15. There are too many Unstructured Meetings

Meetings are too long, frequent, drain the time, energy, and morale of team members. People use the meetings as a way of giving instructions or imposing their ideas on others.

They spend time looking at their computers and cell phones and always attempt to ignore or deny addressing issues as if doing so will make them disappear.

A workplace should be a comfortable environment where everyone feels happy to work, but this isn’t always the case.

Sometimes some people feel entitled or think they can get away with saying inappropriate things without being reprimanded because of their position in the company.

Joking or making inappropriate remarks about someone who can’t defend themselves is toxic workplace behavior.

Humor can motivate employees. But when it becomes abusive or offensive, it becomes toxic and harmful — even if it’s unintentional.

17. No Support for Career Advancement

The boss doesn’t care about your career advancement, but only his own. Team leaders don’t want to help their team members grow and instead make them feel inadequate.

It’s a vicious cycle of people not caring about each other and just trying to get ahead of themselves.

There are no mentors to provide you with guidance and support to grow. It’s just a toxic working environment where everyone undermines each other for their benefit.

A toxic work environment is often are full of hostility, distrust, unprofessionalism, gossiping from coworkers, and constant worrying.

A toxic work environment is often difficult to spot, and it’s necessary to know if you are working in one inappropriate atmosphere.

One way to identify whether your company has a toxic workplace would be by looking at its policies. When there no guidelines on inappropriate behaviors, then chances are it’s a toxic work environment.

If you have something to say about this article, be free to leave a comment in the box down below