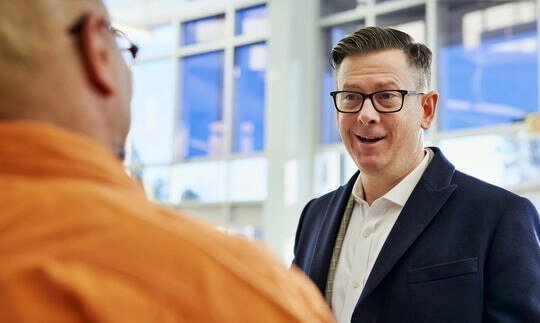 Many people can’t communicate with confidence or get afraid to voice their opinions and assert themselves at work. They find it scary because they value being liked by others, or their bosses, co-workers, and fear negative consequences if they speak up. There are other reasons why a lot of people are not assertive at work and one of them is they don’t want to be seen as being pushy. But, not being able to communicate or voicing your opinion confidently is just as bad as pushy.

What is Assertive communication?

Assertive communication is a way of expressing your thoughts, beliefs, ideas, facts, solutions in a direct, honest manner without fear or undermining others to get what you want.

To be an assertive communicator means you are clear and confident about what you want to say and can appropriately express your thoughts.  It also means being able to express your feelings without feeling guilty or ashamed of them.

Assertiveness is a quality that many people lack, and it’s why a lot of the time, people get afraid to voice their opinions and assert themselves. This can lead to missed opportunities for success.

You can learn assertiveness techniques by practicing the simple ways of becoming a more assertive communicator and increase your chances of succeeding on the job.

People in the workplace want to be heard and understood, but many are afraid of speaking up. They don’t want to rock the boat or make waves for fear of conflict or confrontation.

The reality is that you can only be seen and heard if you speak up with a strong voice.

When you speak with conviction, you’ll be heard more than if you do it quietly or submissively. As long as you speak with integrity, there is nothing wrong with speaking up if it changes an unfair situation or creates a better work environment.

2. Speak in a Confident Tone of Voice

Don’t be shy about communicating assertively with others! Be assertive. Confidence is key to effective communication. When you communicate assertively, it can get other people on board with an idea and help you get what you want!

Always try to raise your voice and keep it firm and calm people will listen to what you say. The tone of your voice is important — it’s how you convey what you are saying to others.

Read Also: 12 Warning Signs Your Boss Is Gaslighting You at Work

3. Use Your Hands to Emphasise Your Message

If you’re discussing something or talking to someone, don’t be shy about using hand gestures.

It’ll show them how much effort and thought you are putting into the conversation or how much you care about the subject, and they will pay more attention if what you say is important!

Gestures are an incredible way of communicating how important you feel about what you’re saying! They can make your listeners feel like they know where you stand on the subject.

Sometimes may feel awkward using hand gestures while talking to others, but if done correctly, people will listen and take in everything you are saying.

4. Have a Supporting Reason

If people disagree with what you tell them, don’t react emotionally, or get into an argument. It’s okay to feel passionate about what you’re saying but when communicating assertively with others, have some compelling facts and reason as a basis for what you are telling them.

Keep the reason short and avoid going too deep into justifying why they should believe what you are saying.

Every time you’re talking face-to-face with someone, look in their eyes but don’t stare to make them uncomfortable. Looking between someone’s eyebrows during a direct conversation gives a good impression of steady eye contact.

When you make eye contact, you’ll appear confident, convincing and it makes them feel like they can believe in what you’re saying.

Eye contact is also a powerful way to show that you are authentic and engaged in what they say and adds a sense of trust to your conversation.  Otherwise, the person you are speaking with will doubt what you are saying or your side of information.

Read more: What is an Open Door Policy at Work?

6. Don’t Use “You” Statements it’s Accusatory

To be assertive communicator, use “I” statements instead of “you” or “we” statements when speaking with others, in particular about anything concerning yourself.

People may feel the need to become defensive if you keep using “You always or You never” statements especially, during a crisis meeting or a sensitive discussion like giving feedback. Such statements are rarely factual and can discredit you.

The “You” word can also sound accusatory or judgmental. If you’re talking to a person, use their names and then make the statement you wish. It puts them at ease and gets their attention, and enables them ready to listen.

So, own your feelings by using “I” words such as “I feel like” instead of saying, “You make me feel like.” Remember, nothing has the authority to feel anything.

Always ask for clarification if you don’t understand what your boss or someone else is saying. Doing so will allow you to get more from the person and possibly uncover catastrophic information which comes as an innocuous remark.

In other words, if you don’t understand the message or it is very general, ask the person delivering it to be more specific.

Not only will this make sure that you get what they say, but, also help avoid any miscommunication and confusion.

8. Know What you Want to Say

Knowing what you’re going to say before saying it makes you appear more knowledgeable, confident, and professional.

Whether you are in a meeting or giving a speech, knowing about others beforehand, or planning how to deliver your conversation will make them notice that you have confidence in yourself and your ideas.

When you use a few examples during a conversation or discussion with someone, it makes you appear confident and knowledgeable. It also helps them understand what you are trying to say and can make the conversation more interesting.

You can also make a stronger connection with the person that you’re talking to. So remember to give good examples when having conversations, speaking in meetings, or giving presentations. It will make you sound or appear more credible and confident, which is one key in persuading people.

Read: How to Identify a Hostile Work Environment?

10. Repeat What the Other Person Says

During a conversation with someone, try to repeat what the other person is saying when appropriate. This will not only show that you are listening, but it will give you time to think of an intelligent response.

Besides, it will also show that you are interested in what they are saying. But make sure that when repeating what is being said, you don’t interrupt them while they speak because that may be perceived as very disrespectful.

An assertive communicator is confident in their communication skills and can stand their ground. They will not back down when they know that they are right.

They will also speak up when an issue arises, and if a situation needs resolving, they can do it with ease. Assertiveness is an essential trait for anyone who wants to excel at work.

The key to being assertive is knowing your boundaries and having confidence in what you believe and being capable of handling whatever comes your way.